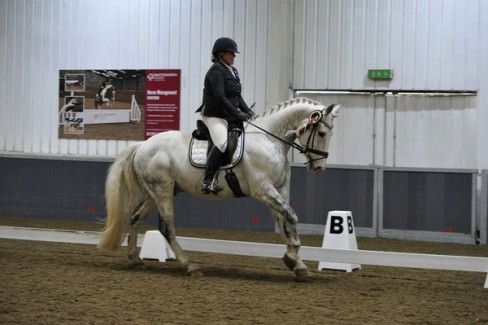 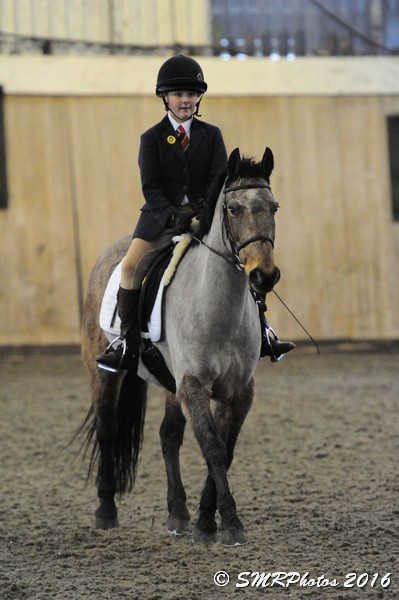 On Sunday 8th January Essendon and Epping Forest Dressage group held their first competition of 2017 and it was the fourth competition of the winter league. There were a lot of members choosing to compete and it was a very enjoyable day for all those competing and volunteering at the show. It was also great to see that classes ranged from Intro level through to PSG . EEFDG is committed to offering members the widest range of opportunities to compete at all levels in dressage

Member Sam Taylor won Class 1, Intro A on Lady Moomin with a score of 64.8% and Grace Sears won the junior class on Cocket Bella with 63%. In Class 2 Camilla Sealey won Pre 14 on Olbert with a great score of 73.5%. Class 3 also had a high level of performance with Julie Wade on Kirby winning the class with 75% closely followed by Julie Bratley on Simions Tanner with 71.3% and Catherine Taylor in third place on Saint Miguel and an impressive score of 70.2%. Camilla Sealey also won class 4 (Novice 24 ) on Olbert with 74.1% and junior member, Hannah Luesley scored 70.2% on her pony Caramac.

The music freestyle was won by Rachel Kellett and Killountain Liath with 69.7% (elementary) and this combination also won class 8 (Elementary 40) with a strong performance scoring 71.3%

EEFDG runs league competitions throughout the year with a winter and a summer championship show. Full details of all results and future events can be found on this website.